Intensity projection along each of the 5 sequence axes (X, Y, C, Z, T), with multiple algorithms: mean, max, median, variance, standard deviation, saturated sum. Projection can be restricted to a given ROI.

The principle of intensity projection is to project all slices (or time frames/rows/columns/channels on the selected axis) of a sequence into a single 2D image. Each pixel of this final image is therefore a combination of all pixels with the same 2D coordinates in every projected image. The way theses pixel values are combined is determined by the selected algorithm.

5 projection algorithms are currently available, with a screenshot of what they produce on a sample (3D) data set (The brightness/contrast has been adjusted for purpose of demonstration, with the careful attempt of not saturating the final screenshot). Images used here are courtesy of Romain Thibeaux and Nancy Guillén (Institut Pasteur), and are not usable for reproduction without prior authorization.

First, here is one slice of the original 3D dataset. You won’t see much, as it’s pretty thick. That’s just what we need to try out the various projection algorithms. 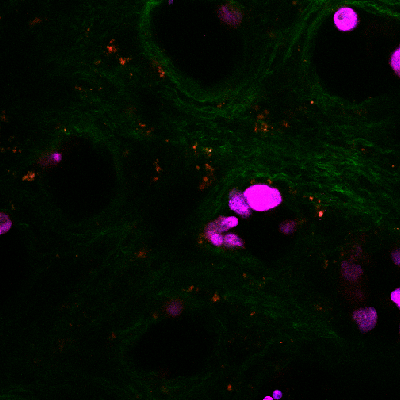 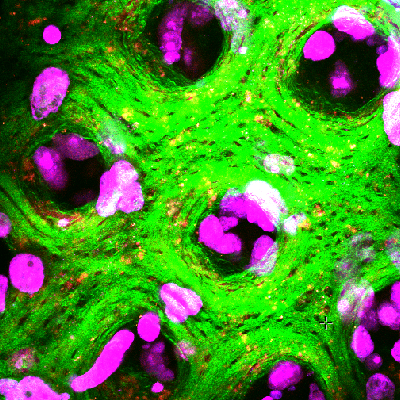 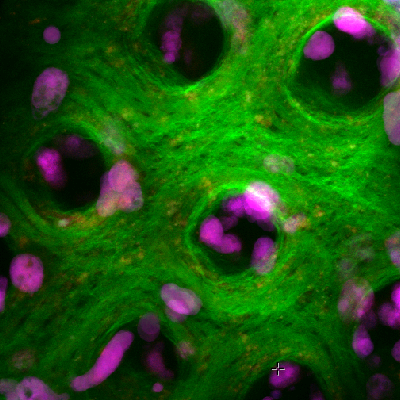 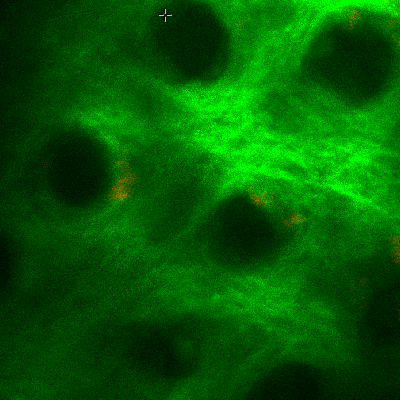 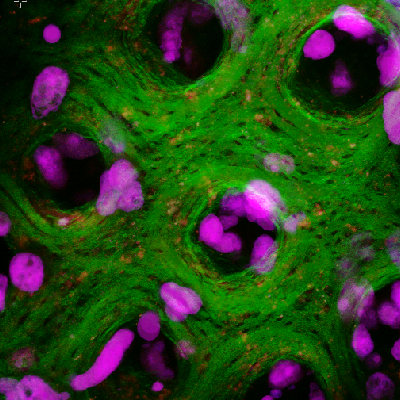 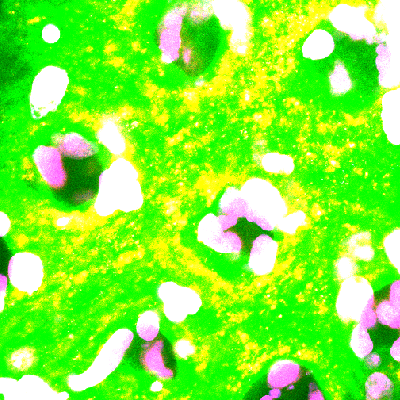