This plugin computes on a full image or on a set of ROIs (cell by cell for example) the coefficient of Pearson between two images, and a new image called Product of the Difference from the Mean (PDM), with two channels, one called positive for the part of the image where there is more colocalization, and one called negative, for the one with anti colocalization.

Split your channels if the images were  merged (this process is symetric, there is no importance in setting which image to which channel)

If you want to process only Rois such as cells ,

1) Set your Rois (such as ellipse, rectangle, free polygons...) on image used as channel 1. 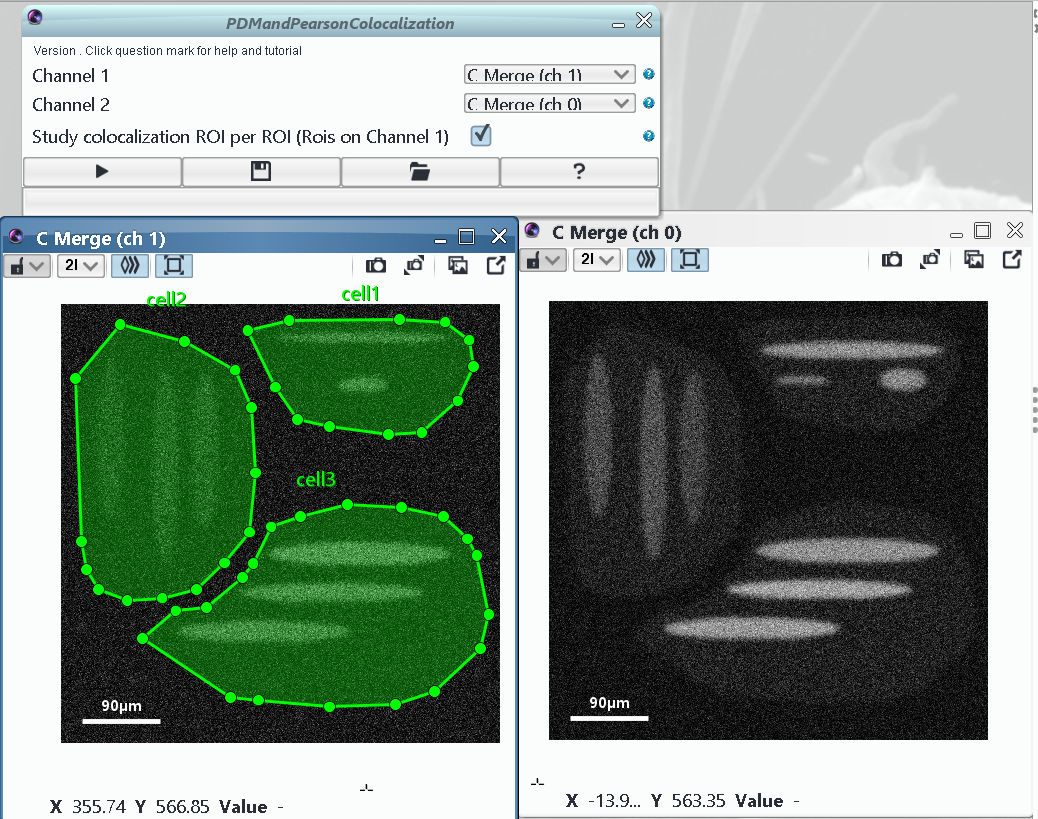 Once everything is set up, Press Play.

As a result you will obtain:

1) in the console output: the coefficient of Pearson correlation ,either Roi by Roi (if ROIs per Rois was checked) either for the full image. This is a beta version with no export in excel, for pedagogical purpose. If you want an excel export or a block for the protocols ,please let a message.

2) a new image called LI-PDM. This 2 channel image is computed from the Product of the diffrences from means (PDM). For a pixel p, the PDM is computed as follow: (ch1(p)-mean(ch1))*ch2(p)-mean(ch2)), where the mean is computed either ROI per Roi, either on the full image, according to the option. Note that images are rescaled from 0 to 1 before proceedind whatever their type of origin, in order to ensure a value of pdm between -1 and 1. A positive value denotes a colocalization, a negative value an anti colocalization. The Yellow channel shows this positive value, and the magenta channel the absolute value of the negative one.