TubeSkinner is a dimensionality reduction tool, that maps the fluorescence intensity over a 3D tubular structure onto a 2D plane. On the 2D unwrapped image, the X axis corresponds to the angle around the tube and the Y axis the position along the tube axis.

TubeSkinner is a dimensionality reduction tool, that maps the fluorescence intensity over a 3D tubular structure on a 2D plane. 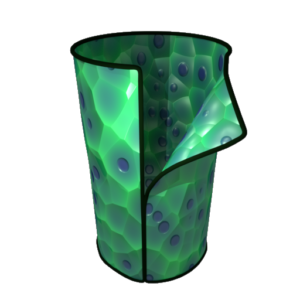 Mapping the fluorescence signal of a complex 3D surface, made of layer of cells, onto a 2D plane proved to be particularly useful, notably in Developmental Biology, where the structures of interest are often not flat. These approaches rely on dimensionality reduction, from 3D to 2D planes, possibly over time. First a surface mesh is adjusted on the tissue surface to map. The fluorescence signal is then collected on or close to this surface. Finally, a spatial transformation maps the coordinates along the mesh onto a 2D plane. These projections solve visualization clutter issues and open the way to efficient analysis.

TubeSkinner performs unwrapping of a tube by fitting a strongly constrained surface on the aorta cell wall. The following describes the basic process of the analysis. 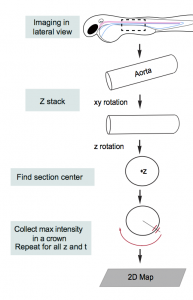 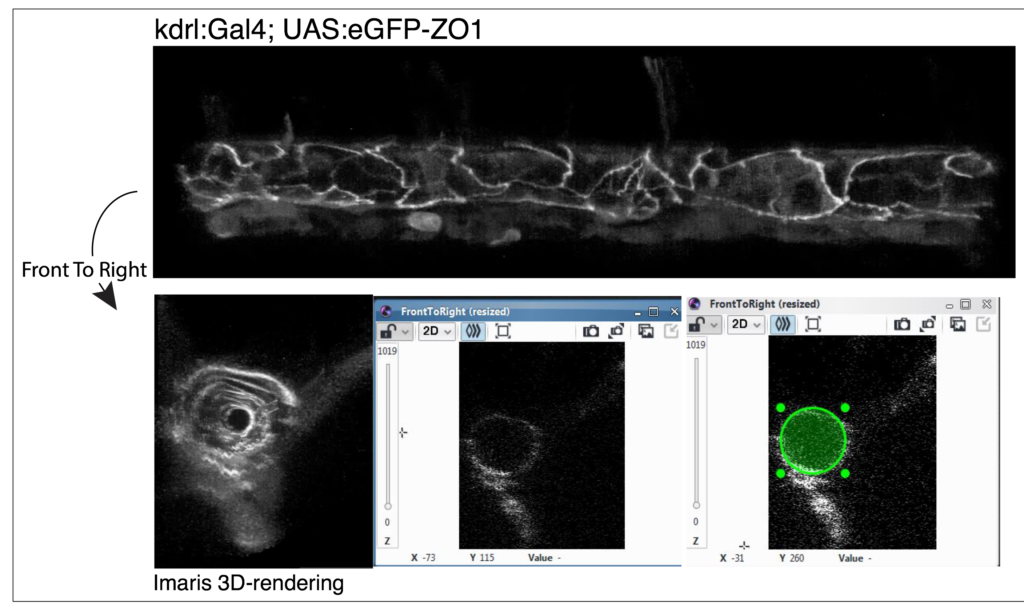 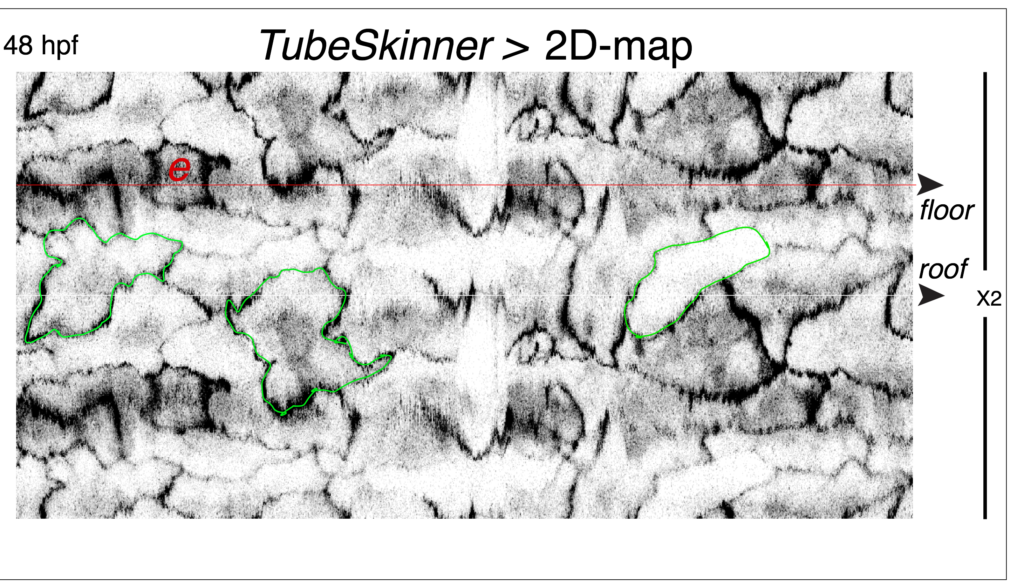 TubeSkinner’s GUI can be used as an independent object or in a protocol to be batched over many files or to test different parameter values. Be aware that when using the protocol method, the input image must already contain the original ROI from which the crown will be calculated. 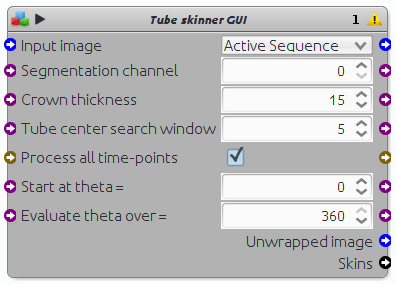